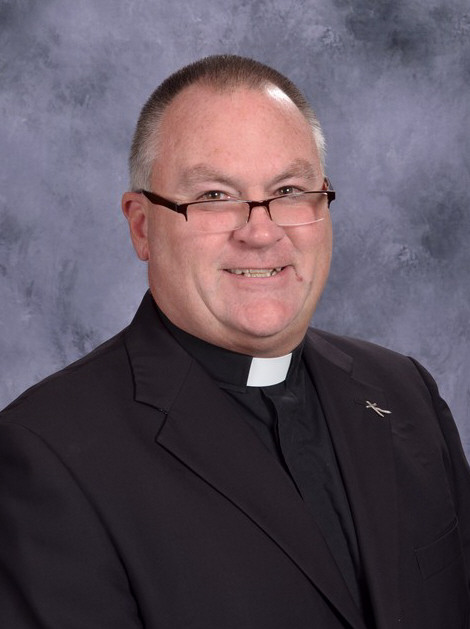 The second of six children, Fr. Troy Nevins grew up in Grand Rapids. He has three brothers and two sisters and was baptized by Msgr. Charles Brophy at St. Jude Parish. A graduate of Forest Hills Northern High School, Fr. Troy entered Christopher House Seminary while attending Aquinas College.  In 1988 he transferred to the Franciscan University in Steubenville, Ohio, receiving his bachelor’s degree in 1990. In June 1996, following his studies and formation at Mundelein Seminary in Chicago, he was ordained for the Diocese of Grand Rapids. He has served the diocese in the following roles:

•2004-2007 Pastor of Christ the King in Howard City and St. Francis de Sales in Lakeview

•2007-present Pastor of Immaculate Heart of Mary in Grand Rapids